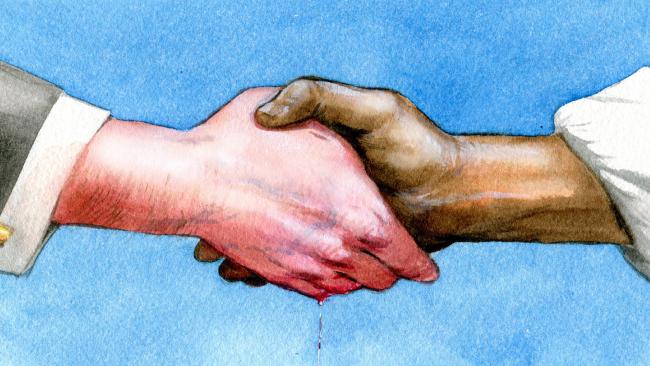 Memorandum To Alhaji Abubakar Malami, San, Attorney-General Of The Federal Republic Of Nigeria And Honorary Leader Of The Bar

In this persuasive 34 page Memorandum, the Chairman of the National Christian Elders Forum (NCEF), Mr. Solomon Asemota, SAN, presents to the Attorney General of the Federation, Mr. Abubakar Malami, SAN, the crucial need that a Truth, Peace, and Reconciliation should take place as basic prerequisite to Restructuring and Stabilizing the Nation. The paper emphasizes reasons for Truth and Reconciliation Commission in Nigeria.

Drawing from a rich knowledge of history during the Colonial Era, the paper argues that the impression one gets from current events in Nigeria is that the Caliphate whose growth and expansion was halted in 1903 by the British under Lugard, re-surfaced in 1960 after independence. The narrative suggests that Nigeria or, at least Northern Nigeria, was returned to the caliphate after Independence in 1960. To be able to assume control over the rest of the country, the Caliphate embarked on Jihads (Stealth and conventional). The Caliphate is using Sudan, where the British had a colonial political service, as a model on how to govern a country comprising Arab/Negroid Muslim and African/Negro Christians, first by British and now the Caliphate.

Sudan has influenced administration, the way of life and thinking of Northern Nigerian Muslims and the fact that this influence began well before amalgamation and continued during colonialism and well after independence.  Today, Sudan has broken into two countries the Muslim North and Christian South. To prevent this from happening to Nigeria, there is need to appreciate the influence of colonialism and Islam propounded in Sudan and applicable to both countries.

The author postulates that as AGF Malami SAN, Professor Yadudu, and the writer take their religions – Islam and Christianity seriously, it is necessary that they join hands together with other Senior Advocates (indeed all lawyers and men and women of good will) to save Nigeria from dis-integration.  The writer submits that if there is no justice in the land, there can be no justice in courts especially when justice under Liberal Democracy is at variance with justice under Sharia.

The NCEF is persuaded that a Truth, Peace, and Reconciliation Commission is a win, win, situation for all and it is the only way to a new Nigeria. Through it, a new Constitution based on the desire and the aspiration of the two races that make up Nigeria, the Negroes and the Negroid, the 389 Ethnic Nationalities, the three major religions, Christianity, Islam, and Traditional Religion, etc, shall be birthed. Reconciliation will be more appealing to many Nigerians than any other method, including Jihad. A Truth, Peace, and Reconciliation is a win, win situation.

Reconciliation is a better option than the current distress that has root in the unfair advantage the British gave to the Fulanis in Nigeria. The Fulani found favour with the British colonialists in very many ways expressed by Lord Lugard. However, to suggest that the Fulani appealed more to the “native population” is to carry racism too far.  In retrospect, as at that time (1914), racism was important in human relationship in most parts of the world. Lugard wrote “these tribes (South) are of purer Negro stock than the Hausas and other Negroids of the North.”  It is thus clear that Nigeria is made up of two races – the Negros and the Negroids.

Kirk Greene in his book “Crisis and Conflict in Nigeria” stated, “Had Lugard, without sacrificing his belief in the oil-and-water incompatibility of the two (Negroes and Negroids), gone further by refining Morel’s scheme for dividing the country into geographical groups of provinces, or had he looked sympathetically on his Lieutenant-Governor Temple’s proposal for splitting Nigeria into seven provinces, or had the Willink Commission of 1958 recommended the immediate creation of more states and damn the consequences of delayed independence, it is open to question whether the bloody events that have determined the need for this book would ever have come to pass.”

The NCEF concludes that Islamist ideology has crept into Nigeria and resulted in the establishment of an “invisible government” composed mainly of religious fanatics. Meanwhile, in assessing the conflict of ideologies in the Constitution, Late Justice Mohammed Bello said, “there is yet another constitutional obstacle to the full application of Sharia law as has been advocated. Section 38 (1) of the constitution ensures for every person the right to freedom of thought, conscience and religion including freedom to change his religion or belief, whereas under Sharia, ridda (change of religion) is a capital offence. Consequently, the offence of ridda is inconsistent with Section 38(1) and by virtue of Section 1 is unconstitutional.”

The solution is that Nigeria needs to establish a Truth and Reconciliation Commission or an Organization or Institution with similar objective to reconcile the geographic North and South, Christians and Muslims, Minority and Majority, and, above all and perhaps most important, to reconcile African, Arab and Western cultures, what some call our triple heritage.”

The paper recommends that what Hassan al-Turabi did for Sudan to revive militant Islam should be done to achieve the opposite result for Nigeria by AGF Abubakar Malami and Prof. Anwalu Yadudu. Both learned fellows should, in this case, be the arrow head for the dismantling of Islamist fundamentalism in Nigeria, more so when globally, militant Islam is condemned.

In an interview with the UK Guardian, the powerful heir to the Saudi throne said that the ultra-conservative state had been “not normal” for the past 30 years. “Saudi Crown Prince, Mohammed bin Salman pledged on Tuesday, a return to a moderate past and looked forward to a technology-driven future.  “We are returning to what we were before — a country of moderate Islam that is open to all religions and to the world,” he told the Future Investment Initiative (FII) conference in Riyadh.  “We will not spend the next 30 years of our lives dealing with destructive ideas. We will destroy them today,” he added.

The paper therefore, calls for dialogue among Lawyers in the country for reconciliation.  Their learning in Law and experiences over the years will help to resolve the two conflicting ideologies of Liberal Democracy and Sharia that is tearing Nigeria to shreds.