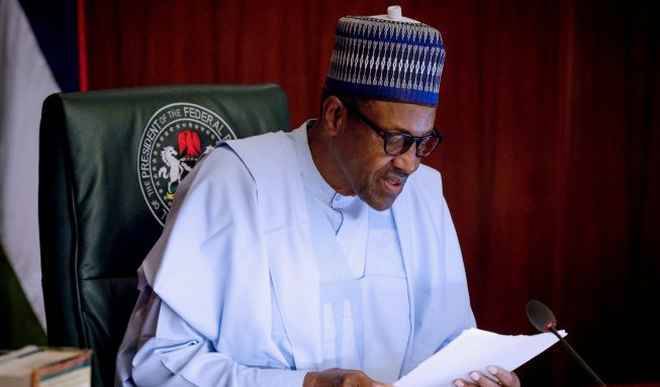 We want to commend you for the more rigorous engagement on human rights violations in Nigeria since your ascension to the pinnacle post of Chief Prosecutor.

Given your robust inquiries into potential war crimes and crimes against humanity in Nigeria, it is with grave concern that we note the announcement by Nigeria’s presidency via the News Agency of Nigeria that General Buhari will be meeting with you in The Hague this week.

According to published reports, the presidential announcement states thus:

“President Buhari is the only world leader invited to deliver a keynote address during the Solemn Hearing to commemorate the anniversary at Courtroom 1 of the ICC’s Headquarters at The Hague.

“In buttressing Nigeria’s commitment as a member of the Assembly of States Parties to the Rome Statute of the ICC, the President, as the current anti-corruption champion for the African Union, will use the global platform to reaffirm Nigeria’s support to the fundamental values of the Rome Statute and to the ideals of the ICC.’’

A presidential spokesperson said “the President would also highlight his administration’s campaign against corruption in Nigeria at the event” and further revealed that, “after the event at the Courtroom, the President would have a bilateral meeting with the ICC Prosecutor, Ms Fatou Bensouda.”

He said that “Buhari would also attend a dinner hosted by Judge Chile Eboe-Osuji, the President of the ICC who is a Nigerian.”

Madame Prosecutor, we are deeply troubled by the above proclamation by the Nigerian government for a number of reasons:

1. Ordinarily, we would not be as concerned if this commemorative event witnessed the presence of several heads of state. The Assembly of State Parties has traditionally not been attended at head of state level. Therefore for the president of Nigeria to boast that  he is “the only world leader invited to deliver a keynote address” is highly unusual, suspicious, unbecoming and troubling.

2. Similarly the statement says General Buhari “as the current anti-corruption champion for the African Union, will use the global platform to reaffirm Nigeria’s support...to the ideals of the ICC.” It is deeply inappropriate for any political actor, more so one who is potentially a person of interest in crimes currently under the purview of the ICC’s jurisdiction to brazenly claim to “use” the platform of the court in adulatory self-promotion as a supposed African anti-corruption champion. No court or prosecutor should ever lend itself as a tool for such grandstanding.

3. Thirdly, General Buhari “would also highlight his administration’s campaign against corruption in Nigeria at the event.” Corruption is not within the mandate or jurisdiction of the International Criminal Court which is the world’s only permanent court exclusively for genocide. General Buhari’s proposed corruption speech is therefore completely off point and irrelevant. If he were ignorant of the limited jurisdiction of the ICC, he should have been properly advised by your office, if none of his own advisers drew this to his attention, that the court has nothing to do with corruption. If General Buhari sincerely wants to support the ideals of the ICC, he should frontally address the ongoing genocide in Nigeria and his inability to halt the burgeoning bloodshed and not distract the time of your good office with an obvious non sequitor.

4. Fourthly the “President would have a bilateral meeting with the ICC Prosecutor, Ms Fatou Bensouda.” This is a disturbing disclosure. The ICC to the best of our knowledge is a multilateral institution. As such the issue of a so-called “bilateral meeting” between General Buhari and the Prosecutor is abnormal, bizarre, unfathomable and unconscionable.

5. Worse still, “Buhari would also attend a dinner hosted by Judge Chile Eboe-Osuji, the President of the ICC who is a Nigerian.” It is highly unethical, inappropriate and improper for General Buhari to be hosted by and hobnobbing with Judges of a court, where the Prosecutor thereof is currently evaluating the possibility of legal action before said court of the army of which he is commander in Chief.

6. The statement goes further to identify the President of the ICC as a “Nigerian” implying an element of familiarity on the basis of national origin and citizenship which would call into question the fairness or impartiality of a court presided by the said Nigerian judge should matters pertaining to Nigeria arise therein. There is a clear cut impropriety of appearances in the apparent “special access” that General Buhari is being granted via this dinner hosted by the lead judge of the ICC.

We do not, by virtue of our protestations on General Buhari’s visit, mean to imply that he is a legal leper who must be ostracized ab initio. Rather, our objections are premised on issues hinged on ethics, propriety and due process without which justice is dubious and questionable.

Madame Prosecutor may recall that in our prior advocacy on behalf of a client during the tenure of your predecessor we had cause to propound the following submission to your then office as Deputy Chief Prosecutor:

“It is trite that the ICC seeks parties with potential de jure or de facto jurisdiction over a matter in issue to contact it for clarification.” (USNLG letter to Prosecution Department dated July 18, 2011)

Accordingly, having opened the doorway for interested parties including municipal and non-federal authorities to have free and untrammeled access to the OTP on matters germane to it pursuant to Article 15 of the Rome Statute, we are not intending to circumscribe such access in the instant case.

7.  NON-FRATERNIZATION While we agree that the government of Nigeria as represented by General Buhari should not be a priori denied reasonable access, such access must be limited to providing information related to crimes of interest to the Prosecutor based on knowledge available to them pursuant to Article 15. We respectfully submit that such reasonable access does not include socializing with court judges, nebulous “bilateral meetings” and a key note address unrelated to the specific subject matter jurisdiction of the court.

8. REASONABLE ACCESS Consequently, if General Buhari were presenting himself to the prosecutor to clarify his role and clear his name in the matter of the over 131 petitions received concerning alleged crimes against humanity in Nigeria, we may have no reason to fault his visit. However his itinerary as announced gives no reasonable expectation that issues such as the ongoing Genocide in Nigeria will be addressed. If anything, rather than facing questions, General Buhari is going to lecture the court on his own self-glorification.

The Office of the Prosecutor’s report to the Assembly of State Parties for 2017 states that your “Office carefully examined the events of December 2015 in Zaria, Kaduna State, involving clashes between members of the Islamic Movement of Nigeria (“IMN”) and Nigerian security forces. It is alleged that... the Nigerian military killed at least 349 persons (men, women, and children) while at least 66 others were injured...the Office has reached preliminary findings and will seek further clarifications from the Nigerian authorities.”

Likewise, “The Office has furthermore received information alleging crimes committed by the Nigerian Security Forces against pro-Biafra protesters in the course of 2017. The examination of this information is ongoing.”

From the foregoing, the current administration of President Buhari is an entity/person of interest for at least two serious crimes against humanity on hundreds of its citizens as at 2017 for which it has a lot of explaining to do.

10. PRIOR COMPLAINTS ON GEN. BUHARI

Media reports indicate that prior to coming to power, General Buhari was also a subject of several complaints submitted to the ICC alleging crimes against humanity, to wit “Professor Goran Sluiter, filed supplementary evidence against the presidential candidate over his alleged role in 2011 post-election violence...

Sluiter disclosed that the full version of the case of over 66 pages with supplementary evidence, including video clips, were submitted to the prosecutor at about 3:00 pm on Thursday...

Secretary – General, Documentation and Research of NCDJ, Dr Ibrahim Baba...noted that the supplementary evidence, which had been submitted for forensic investigation would complement a previous ICC filing submitted by the NCDJ in May, 2011.

Baba averred that the group had enough evidence with which to prosecute Buhari at the ICC for allegedly instigating the 2011 post-election violence which claimed the lives of about 800 people.”

Given the foregoing complaints against General Buhari in his personal capacity, it is particularly inopportune, inordinate and ill-advised that he should be bestowed with an esteemed platform at the ICC.

Consequently, we wish to humbly request the following:

1. That General Buhari be asked to address his remarks at the Solemn Commemoration to the ongoing genocidal onslaught in Nigeria that has claimed thousands of lives this year already from the Fulani Killer Herdsmen massacres

2. That General Buhari’s unusual meeting with the Chief Prosecutor should answer the pending queries on the IPOB and Shiite massacres by his administration

3. That the above meeting be televised and broadcast on the OTP’s website in the interest of full disclosure and that the minutes and transcripts are also similarly posted online within 24 hours

4. That the dinner with the president of the court should be cancelled forthwith

5. That you provide an opportunity for human rights lawyers and activists to have equal time and access after General Buhari’s visit to articulate their concerns on matters raised with the OTP regarding potential crimes in Nigeria

We await your kind response to our urgent request.

In the end, we will remember not the words of our enemies but the silence of our friends. - Rev. Dr MLK

Barrister Emmanuel Ogebe outside the ICC The Hague in 2012

Ogebe outside the ICC last month