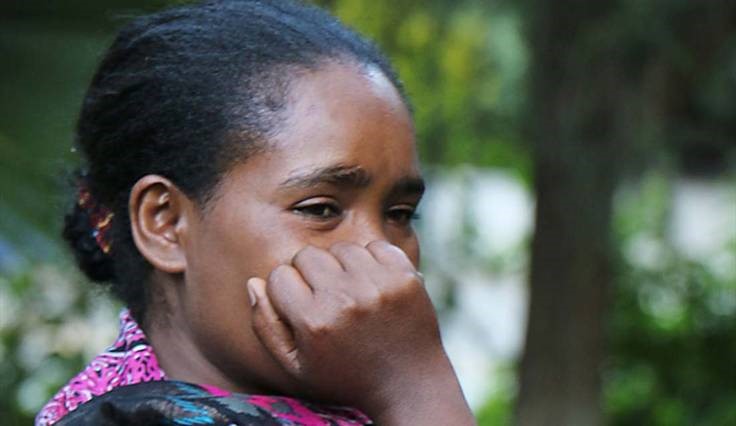 July 13, 2018 by Lindy Lowry in Africa, Stories of Persecution

Throughout Sub-Saharan Africa, the regions of West Africa, East Africa and Central Africa have become a stage for religious, ethnic, and political conflict, including ongoing violence and attacks from Islamic extremist groups, such as Boko Haraman extremist group that is located primarily in Northern Nigeria, al-Shabaab in East Africa and Muslim FulaniThe Fulani are a large ethnic group in West Africa.

A third of all Fulani people are pastoralists, making them the largest nomadic community in the world. militant herdsmen in Nigeria’s Middle Belt. But the lower half of Africa–predominantly Christian–has been previously untroubled by violent Islamic extremism. Now questions are being raised about the possible emergence of another Boko Haram in Southeast Africa. 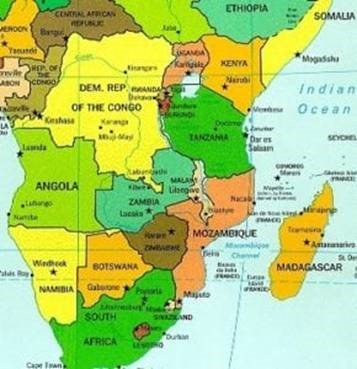 As persecution of Christians increases throughout the world, Southeast Africa (Kenya, Tanzania, Madagascar, Malawi, Mozambique, Zambia, Zimbabwe) is now seeing violence, as well. A number of attacks in Mozambique, including several beheadings, have raised alarms over the emergence of a new extremist group and a jihadist movement in the southern half of Africa.

Human Rights Watch reports that the group al-Sunna wa Jama’a (a term for the Sunni Muslim sect) has killed 39 and displaced 1,000 people in a spate of attacks in the energy-rich country of Mozambique, where the population of 30 million is predominantly Christian.

Until recently, little was known about the group known locally as ‘al-Shabaab’ (which means “the youth”). While some, including Mozambique’s government, say there are no ties to the Somali group of the same name, others say the Somali militants are actually financing the group.

‘THEY READ LOUDLY ARABIC WORDS FROM THE BOOK’

The group carried out its first attacks in October 2017, targeting police stations in the coastal town of Moćimboa da Praia in Mozambique. In March, one person in the province was killed; homes were torched. Officials believe the al-Sunna wa Jama’a group carried out the assault and believe the same group has been carrying out armed operations against the government since October.

June 2018 was a particularly violent month of bloodshed and loss. Residents report attacks on June 5- 6 and June 12 in the northern Mozambique province of Cabo Delgado. On June 5, a group of men armed with machetes and AK-47 assault rifles reportedly raided the village of Namaluco. They killed six people and set on fire more than 100 houses. The assailants, who had their faces covered, also spoke Swahili, the main language spoken in the region.

And on June 12, just before 2 am, an elderly man was beheaded and at least 100 homes burned down when a group of six men stormed another village. Reportedly, the assailants were carrying machetes and had their faces covered.

One villager in Naunde explained how the attackers caught a community leader: “When he realized they were looking for him, he tried to run away but one of the men chased him, grabbed him by the arm, held the machete, and cut his head off … there in front of everybody.”

Aisha, a woman whose house was reduced to ashes, told Human Rights Watch that she woke up at about 2 a.m., after hearing gunshots and people screaming.

“I went outside and saw a group of people with their faces covered,” she said. “Two of them had big guns. The other three had machetes. The ones with machetes also had a small book in their hands. They read loudly Arabic words from the book, before setting the houses on fire.”

Another woman, Anshia, explained how she managed to escape:

“I was running behind my husband and my three older children, when I remembered that I had left the baby in my room. I went back. They had already set my house on fire. One of the men grabbed my hand and slapped me in the face. I managed to escape when I fell on the floor. Then I ran inside the house, took my baby and used the other side of the house to reach the road and run.” 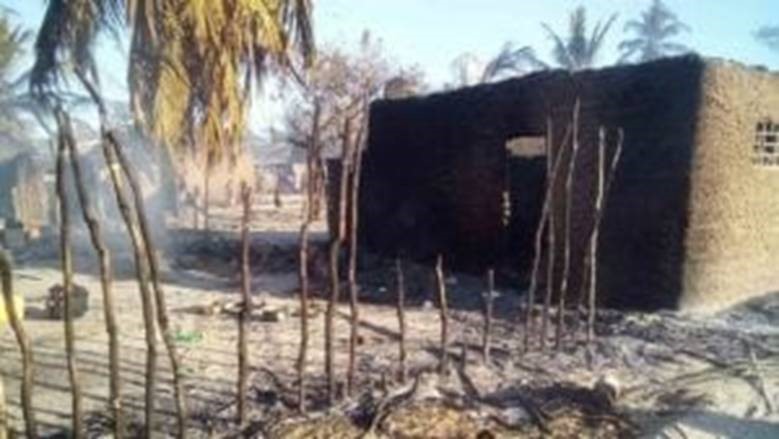 On June 12, an elderly man was beheaded and at least 100 homes were burned down in Nathuko village. (Photo: World Watch Monitor)

WHO IS AL-SUNNA WA JAMA’A?

According to a study released last month out of Maputo (May 2018), many of the militants are disaffected by poverty and unemployment, and some have reportedly traveled to regional countries, including Kenya, Tanzania and Somalia, for religious or military training.

The study said they are influenced by followers of Sheik Aboud Rogo, a Muslim cleric in Kenya with alleged links to al-Shabaab in Somalia. He was shot and killed in 2012 by suspected government agents in Kenya, which triggered violent protests by supporters.

The new extremist group reportedly numbers in the hundreds, operates in largely autonomous cells, and has tapped into the thriving illegal trade in ivory, timber and rubies in Mozambique’s border area.

Members of the Islamist group mark their difference from the country’s mainstream Muslims–who comprise 17 percent of the Mozambican population–with shaved heads, beards and white turbans.

“The birth of Al Sunnah wa Jama’ah is very similar to what was seen with Boko Haram in Nigeria,” commented Éric Morier-Genoud, senior lecturer in African history at Queen’s University Belfast, in an article for news website The Conversation. “It started as a religious sect which transformed into a guerrilla group.”

The group’s objective seems to be “to impose sharia law, a goal that’s perfectly consistent with their attacks on symbols of the government’s presence,” said Nick Piper, director of the Signal Risk consultancy firm, in an interview with france24.com. However, Al Sunnah wa Jama’ah has not made any political demands.