Mr. Ogebe had asked the Assistant Secretary of State whether the Trump administration was still towing the line of one of his predecessors Johnny Carson who insisted that the conflict in Nigeria was “not religious.”

He lamented the fact that while Africa was faced with the terror of radical islamism from the Middle East, Africa was also buffeted from the other side by western liberalism during which the prior administration had threatened to cut off aid if Africans did not subscribe to their views. Ogebe asked Ambassador Nagy if the position of the State Department had changed under the current administration.

While thanking the Assistant Secretary for hosting a session on Africa per his recommendation following the non representation of Africa in last year’s Ministerial, Ogebe submitted that the real challenge to Religious Freedom in sub Saharan Africa was “political correctness and refusal to admit realities on ground.” He said that there was adequate data on the situation in Nigeria but decried a situation where a US agency wrongly reported reprisals by Christians after the St Ignatius massacre in Benue State. Ogebe queried why Nigeria had not been designated a Country of Particular Concern (CPC) like Sudan and Eritrea.

Responding, the Assistant Secretary said, “I can assure you that the religious component of the farmer v herder conflict in Nigeria is taking on a much more important factor than it has in the past. Now I will say one thing: that I think we need to accept about the farmer v herder conflict. It is not uniquely Nigerian. It goes across the continent from Mauritania all the way through Sudan. Parts of it it’s Christian v Muslim, parts of it is Muslim v Muslim, parts of it their ethnic dimensions.

“Unfortunately I heard it said that the Fulani are becoming radicalized. More and more places, we absolutely see that. Another truth is, I don’t think anybody can argue with it, is that almost all of these conflicts there are multiple factors involved. And it starts- I guess it goes with lack of opportunity, population growth, poor governance.. We can go through the whole list. I would argue that issue number one - you have to stop the violence because the poor people who are killed are dead immaterial of whether they’re killed because of their religion, their ethnicity, whatever. So we have to look at these things realistically. And unfortunately we can’t deal with the whole conflict in one way.

“Remember Joseph Stalin said very cynically that four deaths is a tragedy, a million is a statistic. So we have to look at this really country, by country, by country. And you know Mali is one thing and Nigeria is another thing, and look at all of the factors unfortunately because of the complexity. The solution is not that complicated, because if you give people economic rights, good governments, opportunity for jobs and a livelihood, then lo and behold miracles happen and they get along. You know, when I teach on Africa I tell my students that the one country in the world where you have people who really, really- inside the same boundary - people who really don’t like each other, but they get along great is Switzerland. Because they divide their riches instead of their poverty. That’s why I’m so keen on really pushing for Africa’s young people to have opportunities, so they can look past these differences and we can get the continent back to the way it used to be - when people did get along.”

Ambassador Nagy did not address the other questions but a panelist from the Hudson Institute, Religious Freedom Lawyer, Nina Shea had also pointed out how the New York Times erroneously reported last year that Fulani Herdsmen were threatened by Nigerian Farmers.

Also speaking at the event was Mariam Ibrahim, a Sudanese woman who was sentenced to death for apostasy by marrying a Christian. Mrs Ibrahim narrated how the court postponed her execution for two years because she was pregnant till she finished nursing her baby. She said her baby saved her life and ended up being the youngest American born into captivity before her freedom was ultimately negotiated by the Pope.

Last week’s Ministerial was billed as the largest human rights event in the world with over 1000 participants from 130 countries. British ex-Prime Minister Tony Blair was amongst key leaders who addressed the summit. 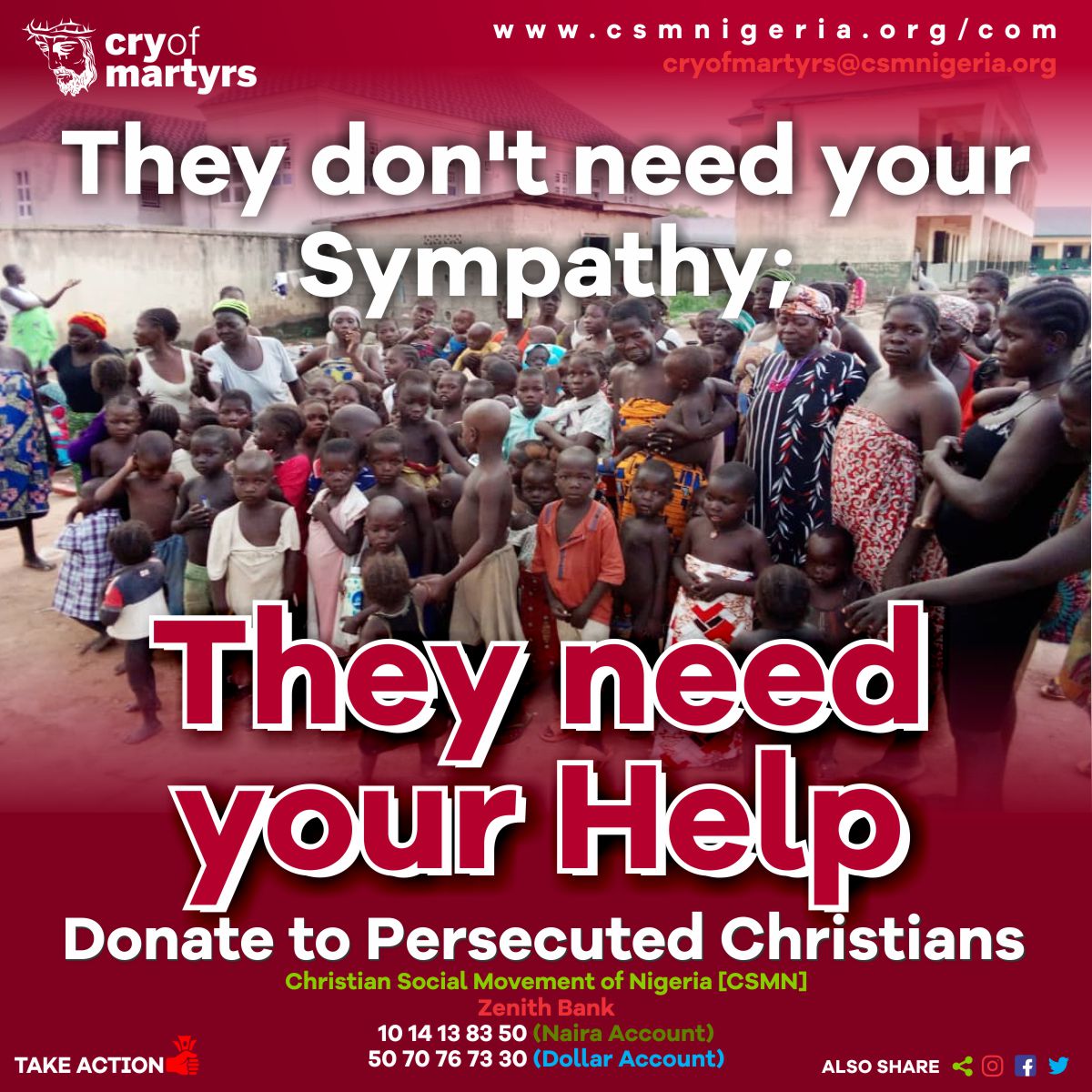