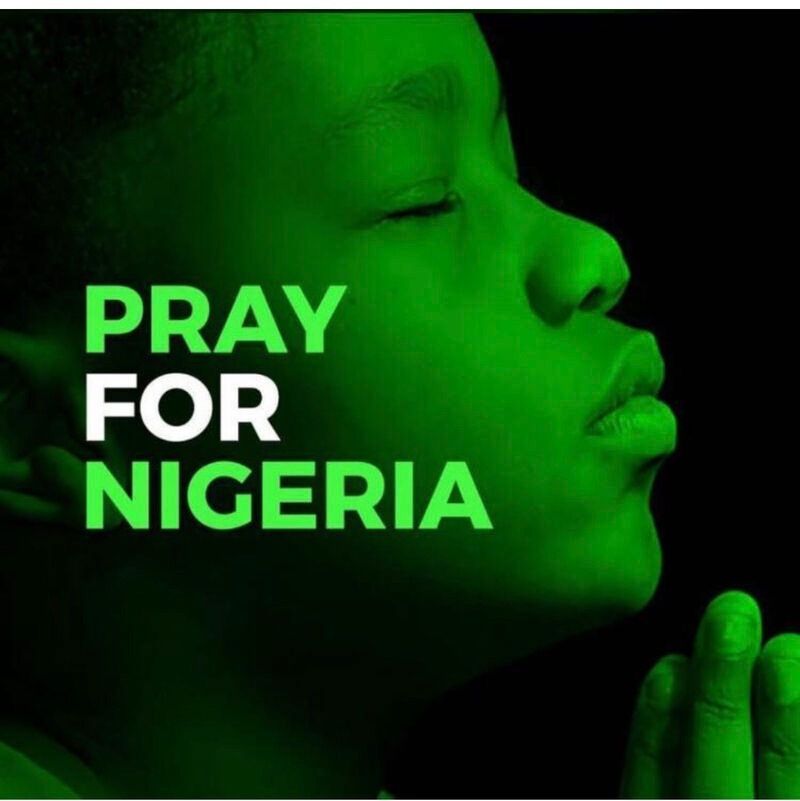 Is there hope for Nigeria? What next should the Church do about the persisting challenges from the forces of darkness? Below are inspiring visions that not only predict a good future for Nigeria but also provide a strategy for redemptive warfare, the time for which is now. Based on these and other visions, and having consulted with the leadership of various national and international intercessory bodies and accordingly agreed, I make the following urgent prayer call, especially to Christian women in Nigeria:

Groups and individuals may also wish to organize physical meetings at agreed venues. Several other prayers initiatives have been planned for October 1 by churches and Christian organizations. We shall be able to cite some of them during the Night of Sounds against the Bull.

A SELECTION OF RECENT VISIONS OF HOPE FOR NIGERIA

1. The Armies of Heaven Mobilized

On Sunday, August 22, 2021, a respected intercessor in a global prayer ministry had a vision of the night in which he saw “the hosts of heaven in their armies … riding on the clouds,” on their horses and chariots, “going ahead to war.” Then he heard a voice announce, “Eight months!” According to this brother, “Definitely, there has been a shift in the heavens. I don't know what is coming, but something is.”

The vision is clear. The Man of War has arisen over Nigeria, and all shall see what He will do.

Six days after the vision reported above, on August 28, 2021, a woman had another encounter. It was a vision of the night in which she had been surrounded by armed Fulani terrorists ready to unleash death on her community. While she sought to escape the land, she suddenly found a smiling infant in her hands. She pampered the mysterious baby from making any sound that would attract the killers, but then it raised a loud piercing cry that attracted them. At once from all directions in that corn field came the same piercing cries. The killers were confused, frightened, and fled, leaving their weapons behind, which she was gathering when the vision ended.

This, again, is a parable of the new Nigeria to be birthed by the cry of women in this season of Deborah, Jael, and the prophetic mother of the man-child (Revelation 12:1-9; Judges 4:1-24). The enemy is not about to have the last say on Nigeria.

About the same time, I got a call concerning a message from the Lord that I needed to hear. I spoke with the intercessor who had seen the vision in July 2018, and with the leaders who had cited her vision. She had seen a cow, I dare say, a colossal bull about as tall as a “25-storey building” and as large as “half a stadium,” with blazing red eyes. It snorted steam and fire like a dragon. It had horns so large they could flip a petrol truck. It was a “ruthless, heartless beast” ravaging “everything in its path” from the Middle Belt of Nigeria down to other southern regions, but was overcome by a “rag-tag” yet well-coordinated army of women essentially from the southern regions of Nigeria. Like Lady Jael against General Sisera in Judges 4, they fought it with such ordinary domestic tools as firewood, knives, stones, a red-hot pressing iron, verbal taunts, pepper and salt, until “it fell on its knees, with a thunderous earthquake” and died. Then there were “shouts of jubilation everywhere,” and sweet ripe pineapples being shared in the victory celebration. Then the vision ended.

This ties well with the lately viral prophetic fantasy of Apostle Moses Idowu, entitled “The Fourth Beast,” in which he identified four “dispensations” in Nigeria’s recent history and characterized the spirits that have dominated those past four eras as “beasts,” the fourth and current of which is “like a cow with very brutal horns, very dreadful.” That apostle, too, was optimistic, that “This era too shall pass.” Like Prophet Daniel’s illuminations about the satanic Prince of Persia that ruled over his territory, these visions not only provide a battle strategy but also highlight the spiritual principalities to be confronted in the present spiritual battle over Nigeria: the “cow” (or Bull) (Daniel 10:12-13).

Two days ago, I was preparing to speak at a prayer retreat when the words, “Untitled Generals,” came to me. I instantly had a glimpse of what was meant, and quickly took down the first notes. I have since shared that message out, which makes essentially the same point as the call in these revelations, for an army of women to arise in this season. We seem to be where God once met Prophet Jeremiah and advised him to quickly “call for the mourning women, that they may come … and take up a wailing for us” (Jeremiah 9:17-19).

From several prophetic witnesses, this October 1 date of the 61st independence anniversary of Nigeria is an auspicious window for the present prayers. Please, respond. May it not be said in the day of reckoning that you “came not to the help of the LORD, to the help of the LORD against the mighty” when the alarm was raised (Judges 5:23).