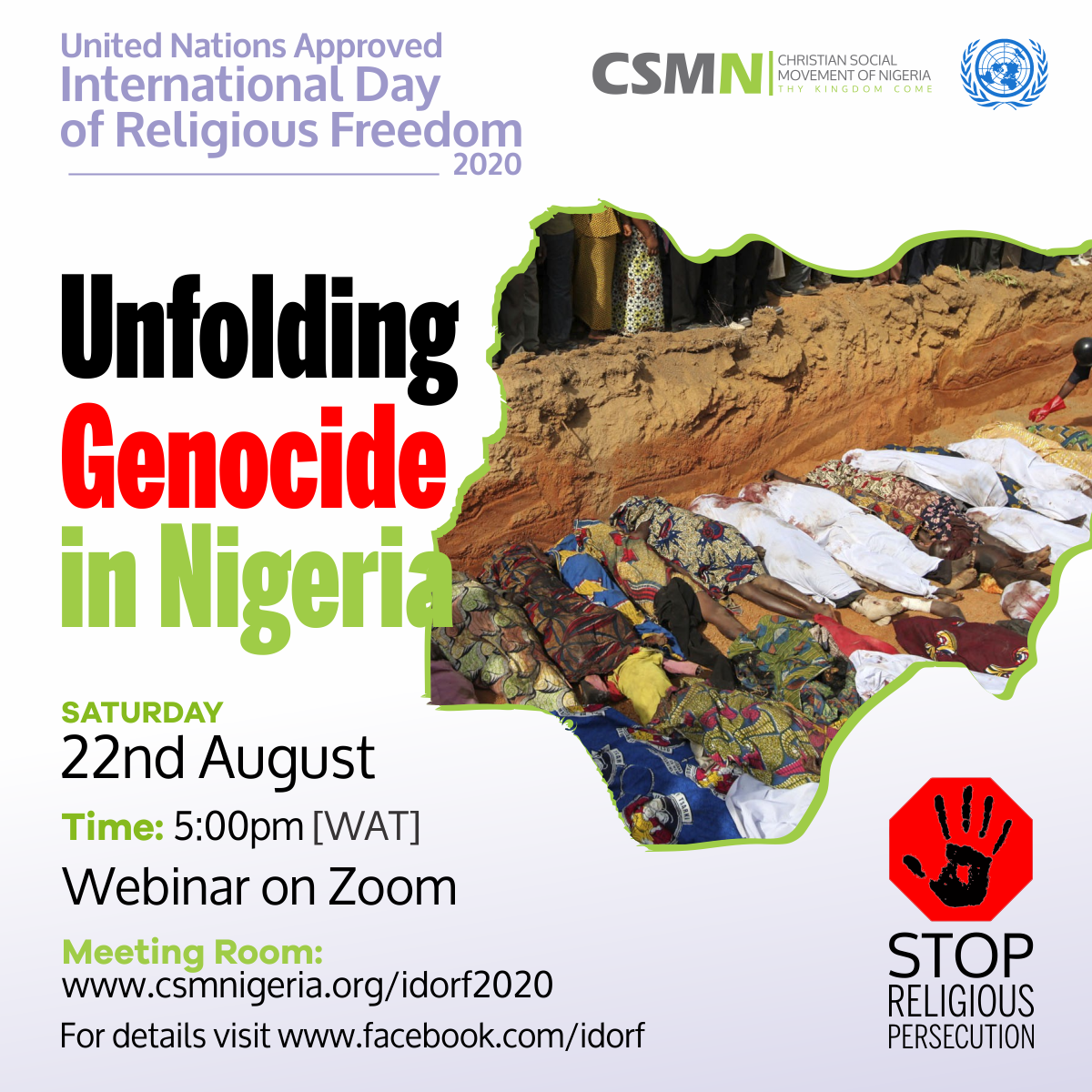 Representatives of the following Religions and Groups participated in the Press Conference:

The key discussants were as follows:

The Press Conference highlighted the following points to promote religious freedom in Nigeria:

EXECUTIVE SUMMARY
INTERNATIONAL DAY COMMEMORATING THE VICTIMS OF ACTS OF VIOLENCE BASED ON RELIGION, BELIEF OR FAITH
22nd August, 2019