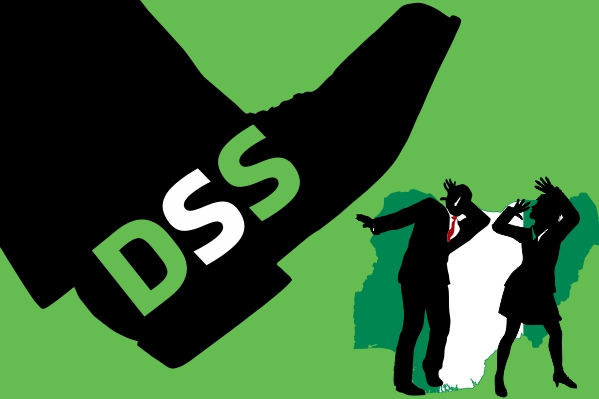 ABUJA— Christian Association of Nigeria, CAN, yesterday, demanded that the Department of State Services, DSS, tendered a written apology to four members, Board of Trustees of CAN Trustfund who were detained on the orders of its director-general.

Director of Legal and Public Affairs in CAN, Kwamkur Samuel, in a protest letter to the Director-General of DSS, obtained by journalists, in Abuja, reiterated the body’s commitment to dialogue on any issue for peace to reign in the country. Kwamkur said DSS should be more circumspect in dealing with the Body of Christ in Nigeria, if not for any other reason, but to ensure and promote the confidence of the average Nigerian Christian in the government of the day.

He said: “Regrettably, despite assurances from your operatives, led by the Director of Operations, who said that the invitation was only to interact with these distinguished Nigerian Christians and to seek their opinion and advice on how to address the lingering ethno-religious crises in Nigeria, it turned out that the main reason behind the invitation was your interest in the video jingle produced by CAN, under the slogan ‘I C A N support’, to raise funds for the support of the church and distressed Christians in Nigeria.

“Having considered the negative effect of your interrogation ‘under caution’ of the distinguished members of the Board of Trustees of the CAN TrustFund on the Christian Community in Nigeria, the leadership of CAN, hereby, demands that a written public apology be tendered to these distinguished Nigerians.

“It was, therefore, shocking to hear from your establishment that these materials were made to incite violence in response to the attempted annihilation of the church in Southern Kaduna. With all due respect, such analysis and conclusion were vexatious and very wrong.” According to Samuel, CAN is and will always be predisposed to dialogue with the DSS on issues relating to the the general, peaceful coexistence of the ethnic nationalities and religious communities in Nigeria. “When we received information that your office has invited some eminent Nigerians who are members of the Board of Trustees of the CAN Trust Fund, to your Abuja Head Office on various dates, January 27, 2017 inclusive, for some undisclosed reasons, my office was in turn directed to address the letter under reference to you. In it, the CAN leadership objected to the manner of the invitation.” “Unfortunately, you ignored our request while also insisting that the persons invited should report to your Head Office as a matter of extreme urgency, individually and on different dates.  The most worrisome and reprehensible aspect of the whole exercise is that these respectable Nigerians,  with the exception of General  Dogonyaro, were compelled to write statements “under caution” as if they were common criminals,” he stated.

It would be recalled that four BoT members of CAN Trustfund who are also leaders of  National Christian Elders Forum,  were detained and quizzed for four hours at the DSS Headquarters in Abuja, following a video in which they were soliciting mobilisation of funds for CAN to rebuild churches destroyed by Boko Haram insurgents in the North East.

Those interrogated by the DSS were a former Chief of General Staff, during the administration of President Ibrahim Babangida, Lt. Gen. Joshua Dogonyaro (retd), representing    TEKAN/ECWA bloc of CAN; a retired High Court Judge, Justice Kalajine Anigbogu, representing Christian Council of Nigeria bloc;  Mrs. Osaretin Demuren, representing Organization of African Instituted Churches and a former Deputy Governor of Central Bank of Nigeria,  Mr. Tunde Lemo, representing  Christian Pentecostal Fellowship of Nigeria and Pentecostal Fellowship of Nigeria. Others include a former President of Nigerian Bar Association, Dame Priscilla Kuye, SAN, representing the Catholic bloc, President of NCEF, Solomon Asemota, SAN; its General Secretary, Bosun , and many others were scheduled to be invited for questioning by the DSS in subsequent weeks.

Others billed for interrogation include the President of CAN, Dr. Samson Supo Ayokunle, and its General Secretary, Dr. Musa Asake.