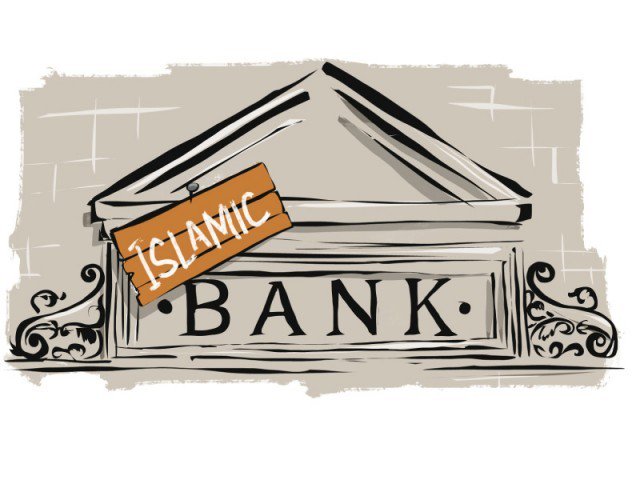 REJOINDER: Supreme Islamic Council - We tolerated Christianization but CAN is paranoid about Islam
Share This

The National Christian Elders Forum (NCEF) has noted the Press Release of the Nigerian Supreme Council of Islamic Affairs objecting to the statement of CAN on Sukkuk Bond in the country. While we share the concern of all well-meaning citizens of Nigeria that peace and mutual tolerance must be maintained, we cannot close our eyes to egregious infractions on the Constitution and the advent of religious extremism and insurgency in the country, of which the Christian community seems to be the prime target, while Islamic religious extremists are the antagonists.

Proponents of Sharia-Compliant Finance (SCF) often convey the impression that SCF is an “ethical” financial system whose roots and practice are to be found in the Quran, hadiths and traditions of early Islam. In fact, it was invented out of whole cloth in the mid-20th Century by Muslim Brotherhood figures like Sayyid Qutb and Sayyid AbulA'la Al-Mawdudi. Its purpose was to provide yet another method to penetrate and undermine non-Sharia societies by stealthily insinuating Sharia into their free markets. In the words of Muslim Brotherhood’s spiritual leader, Yousef al-Qaradawi, Sharia Compliant Finance, of which Sukkuk is a vital component, is a means to wage “jihad with money”.

National Christian Elders Forum insists that Sukkuk is stealth Jihad contrary to Sections 1 and 10 of the Nigerian Constitution. Therefore, other nations may adopt it, but the Nigerian Constitution forbids such infraction in Nigeria.  This is crucial in a multi-religious and multi-ethnic society like Nigeria when it is realized that the tenets of Sharia is opposed to the Constitution as “any system of man-made law is considered illicit under Islamic law, for whose adherents Allah already has provided the only law permitted, sharia”. Sharia and Democracy can never co-exist in harmony. “And if any fail to judge by the light of what Allah has revealed, they are no better than unbelievers.” (Q 5:47)  “Sovereignty in Islam is the prerogative of Almighty Allah alone. He is the absolute arbiter of values and it is His will that determines good and evil, right and wrong.” (Mohammed Hashim Kamali, Principles of Islamic Jurisprudence, 3d rev. ed., (Cambridge, UK:  The Islamic Text Society, 2003), 8.)  “The sharia cannot be amended to conform to changing human values and standards.  Rather, it is the absolute norm to which all human values and conduct must conform.” (Muslim Brotherhood ‘spiritual leader’ Yousef al-Qaradawi)”   It is this tenet of Islam that makes it very difficult for constitutional development to prevail in Nigeria. The promotion of Sharia, in any of its forms, in a multi-religious and multi-ethnic society, shall produce nothing but contention and acrimony as Nigeria is currently witnessing.

The allegation that CAN is Islamophobic is untenable and purely mischievous. If leaders of Islam in Nigeria have demonstrated inability to call Boko Haram and Fulani herdsmen to order, after the atrocities both terrorist organizations have committed largely against Christians, Christian Churches, Christian businesses and Christian communities, it would be unfair and unjust for the same leaders of Islam to turn around and accuse Christians of Islamophobia. It is akin to slapping a man and yet complain that the man screamed. Do leaders of Islam expect Christians to keep mute while violent Jihad (Boko Haram, Fulani herdsmen) and stealth Jihad also known as stealth jihad with money (Sukkuk) are all used to negate Section 38 (1) of the Constitution and destroy the secularity of the Nigerian State?

NCEF also observed the unfortunate attempt of the NSCIA to equate Christian religion with Capitalism. There are structures and institutions developed by Capitalist states which have formed the bedrock of modern Capitalist societies. Interestingly, most of the Capitalist states are secular. It is therefore rather unfortunate that such capitalist institutions would now be labeled “Christian” and used as justification to introduce Sharia, which is based purely on Quran, Hadith and Islamic jurisprudence, into the Nigerian State.

Without belaboring these issues, we wish to draw the attention of the Nigerian Supreme Council of Islamic Affairs to the recent Press Release of the National Christian Elders Forum (NCEF). To date, leaders of Islam are yet to respond to salient issues raised in the Press Release. We believe that this ought to be done first, before CAN is alleged to promote Christianization or is Islamophobic. As a reminder, we re-produce below relevant excerpts in the Press Release while we await cogent clarification from NSCIA.

“… This war is not political. It is religious. It is between Muslims and unbelievers (arna). It will stop when Islamic religion is the determinant in governance in Nigeria or, in the alternative, when all fighters are annihilated and no one is left to continue the fight.

ii.            In 1989, Islam in Africa Organization (IAO) held a Conference in Abuja and amongst many other decisions, released a Communiqué tagged Abuja Declarations 1989 in which it affirmed that its purpose was "To eradicate in all its forms and ramifications all non-Muslim religions in member nations. Such religions shall include Christianity, Ahmadiyya and other tribal religions.” (In the original Declaration, the word Christianity was underlined.) Since Nigeria is considered a member nation, could what is going on be an implementation of this decision? Or, could we be corrected that the Conference never held in Abuja in November 1989 or such Communiqué was never released?  We are also unaware of any rebuttal of the same statement by Muslims leaders.

iii.            In a 154 page Research Report conducted by Arne Mulder in 2015, the researcher affirmed that over 13,000 Christian places of worship (Churches) have been destroyed in Northern Nigeria as at December 2014. Under what condition do Muslim insurgents destroy Churches if not Jihad?

iv.            On the 4th of February, 2017, the United States Congress affirmed that the most dangerous nation on earth for anyone to be a Christian is Nigeria. The implication is that Nigerian Christians have become endangered species in a country in which they constitute over 50% of the population.

v.            According to the Global Index on Terror, the 1st and the 4th most terrible Islamic Terrorist organizations in the world operate in Nigeria. Boko Haram is 1st while the Fulani Herdsmen is 4th. If these terror organizations are not fighting Jihad, what then are they doing in Nigeria?

vi.            Under the present administration, every key and sensitive position in National Security is held by Muslims from the North, in outright violation of Section 14 (3) of the 1999 Constitution. Also early in the life of this administration, we recall that more than 95% of senior army officers retired from the Military were Christians.  In NNPC, only recently, more than 95% of the new appointments into senior management positions are Northern Muslims.  Taking these developments in conjunction with the lopsided appointments in National Security, is one not confronted with the inevitable conclusion that there is a deliberate attempt to emasculate Christians, Southerners and other non-Muslim population of Nigeria verifiably by intimidation and force which are stealth Jihad?

vii.            Despite unconstitutionally appropriating all security positions to the Muslim North, the Fulani Herdsmen operate with impunity in mostly Christian areas, killing, maiming, raping, and destroying without any arrest, without any prosecution. If this is not complicity of the Muslim dominated Security services, are we then to conclude that the Nigerian security units are so incompetent that they cannot successfully engage insurgents after the Nigerian Army successfully prosecuted a Civil War?

viii.            We recall that in 2011 in Harvard, USA, his eminence the Sultan of Sokoto who is also the President of the Supreme Council of Islamic Affairs, was reported to have said during a public function, “I do not recognize any Nigerian Constitution and the only Constitution I recognize is the Koran”. By virtue of Section 38 (1), the Constitution guarantees freedom of Religious conviction while Sharia through its law of “Ridda” forbids it with capital punishment. It is clear there is a huge conflict between the Democratic values of the Constitution of Nigeria and Sharia in the 1999 Constitution. The late Justice Mohammed Bello said, at a lecture in Kaduna, “Section 38 (1) of the Constitution ensures for every person the right to freedom of thought, conscience, and religion, including freedom to change his religion or belief, whereas under Sharia, “ridda” (change of religion) is a capital offence. Consequently, the offence of “ridda” is inconsistent with Section 38 (1) and by virtue of Section 1 is unconstitutional.” Therefore, when the President of the Supreme Council of Islamic Affairs said in a foreign land (which is in itself a treasonable statement) that he does not believe in the Nigerian Constitution (which guarantees freedom of religious conviction), but he believes only in the Koran (which forbids freedom of worship through Sharia’s “ridda”), could not the statement of the Sultan be interpreted as an endorsement of Jihad?

ix.            Added to the above are the big questions begging for answers. Who is funding and equipping the Islamic insurgents? And more importantly, who is shielding them from prosecution?

x.            We would not wish to belabor these issues but rather appeal to the distinguished leaders of Islam, who have stepped forward to be identified, to join us in putting Nigeria first. Nigeria is a Secular State according to Section 10 of the Constitution, but a multi-cultural, multi-ethnic, and multi-religious society. The diversity in the country should be harnessed for progress and prosperity and not resisted thus leading to disintegration of the country. It is wishful thinking for anyone to imagine the possibility of imposing one religion or one culture on 389 Ethnic Nationalities.

We hope that leaders of Islam in Nigeria shall respond to the issues above before seeking to label CAN with Islamophobia.