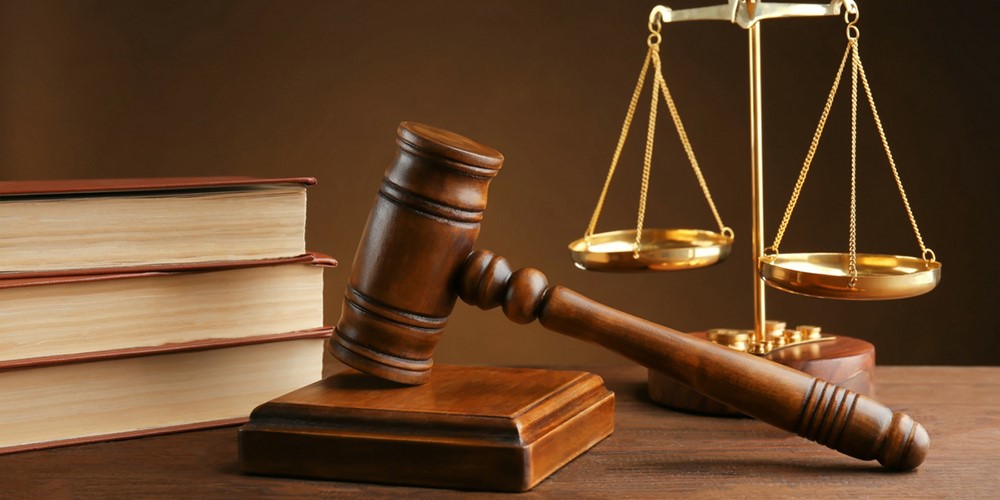 In 2019 in further confirmation of his trenchant unrepentant ways as an unrehabilitated anti-democrat, he has again moved against an arm of government in a continuing pattern of divide and conquer internal warfare.

The news that Nigeria's Chief Justice Hon Justice Walter Onnoghen is to be arraigned in court is an unprecedented action in Nigeria's history but it is not one done out of any sincere war on corruption.

As the petition which led to it clearly admits, this was a peremptory strike in view of the upcoming elections in 4 weeks which but for rigging and wielding of state machinery, Gen Buhari is favored to lose.

But Justice Onnoghen's career woes did not begin with this precipitate action to oust him from office. Back in January 2017, a near constitutional crisis was narrowly averted when Gen Buhari refused to forward his name for senate confirmation as Chief Justice of Nigeria despite being the highest ranking judge.

At the time it was self-evident that Buhari who is incurably nepotistic didn't want to appoint the first southern CJN in more than three decades even though the executive and both houses of legislature were headed by northerners.

The proof of Buhari's bias against Onnoghen principally for his southern origins came ironically from the president this week himself.

In an interview, Buhari said,"Don't talk even of the US Ambassador (Justice Nsofor.) That one he wrote a minority judgement on my behalf so I paid him back (laughs)".

In an op ed I wrote in January 2017, I noted thus "While many are aware of his (Buhari's) government's unprecedented assault on senior judges some of whom reportedly haven't ruled his way...he has also shown favor via ambassadorial nominations to justices who ruled in his favor during his unsuccessful election petitions.

Ironically Justice Onnoghen is one of those dissenting judges who ruled in favor of General Buhari in his last election petition. Since the inauguration of President Buhari, Justice Onnoghen similarly ruled that senate President Saraki's tribunal trial could continue – a position championed by Buhari in his bid to unseat the head of the second arm of government.

The question therefore is, if Buhari could nominate other judges who ruled in his favor for positions they never dreamt off, what is so wrong that he cannot forward Justice Onnoghen's name for a position he is entitled to?"

The truth is that now that Buhari has confessed that his appointment of a judge as ambassador was payback for judgment given in his favor, as morally unsettling as that may be, it also establishes that his hostility towards Onnoghen's appointment as CJN when Onnoghen was similarly entitled to payback for ruling in Buhari's favor is for nefarious reasons.

Due to public pressure, Acting President Osinbajo himself a notable lawyer caved in and swore him in as CJN. In much the same way that Buhari returned from a UK sick bed and fired the most senior southerner Osinbajo appointed to head the DSS, an effort is now underway to undo the constitutional appointment of Justice Onnoghen through this concocted trial.

It is important to note that Gen Buhari is an old dog who can't learn new tricks. During his military dictatorship Buhari promoted judges who agreed to preside over his kangaroo tribunals which the bar boycotted. He went so far as to promote Justice Udogu for convicting activist Musician Fela Kuti. Three and a half decades later, he continues to manipulate the judiciary even worse with the arrest and trial of serving judges.

Worse still Gen Buhari has fought not only past Democratic institutions but present ones. As he has done now with the head of the judiciary, he was embroiled in a years' long battle to unseat the president of the senate.

Last year, his goons laid physical siege and took over the national assembly complex in an attempted coup on the legislature but for the timely intervention of VP Osinbajo.

The current assault on the head of the judiciary is a new low even for a dismal non-performer like Buhari. In his dark days of military rule, he did not arrest or arraign judges. Under his current dispensation, he has managed to outdo his worst excesses even.

Another example is his detention of a journalist without trial for over 2 years which exceeded even his own terrible record as military dictator. The murder of hundreds of Shiites too has made General Buhari's "civilian" administration bloodier and deadlier than the repressive regime for which he was celebratedly overthrown in 1985.

Once again Nigerians and the international community must look in bewilderment at a President who bereft of any successes to campaign on has resorted to desperate antics that appear clearly orchestrated to perpetuate himself in power.

Weeks ago it was the appointment of his niece in the election body to determine the outcome of his re-election bid. Today it is the dislodgment of a judicial officer who will determine appeals from his election bid who happens not to be from his favored region of the country. The headship of the courts must be colonized by the north to consolidate their hold on national security apparatuses!

Buhari's actions are as brazen as they are bizarre. At this point Nigerians will not be shocked if Buhari nominates his daughter who was barely admitted into the Nigerian bar to be the new Chief Justice of Nigeria to midwife his election victory.