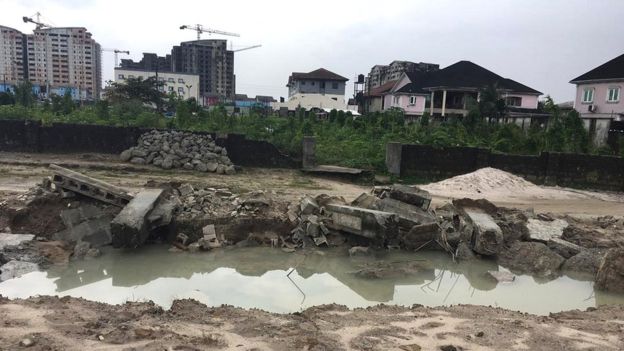 National Christian Elders Forum (NCEF) has noted the alarm raised by some Muslims, particularly from the northern parts of the country, that a Mosque building was “demolished” by the Governor of Rivers State, Mr. Nyesom Wike. In a sharply religiously divergent society that Nigeria has become in recent years, such outcry is of tremendous concern to those who understand the implications.
Therefore, the NCEF sought to examine the facts and confirm if indeed, the religious rights of Muslims in Rivers State have been trampled upon. However, we discovered that no Mosque building was demolished by the State Government. Premium Times conducted an investigation and issued a SPECIAL REPORT which started with this statement: “The Rivers State Government did not demolish any completed building being used as a mosque, findings by PREMIUM TIMES show.” https://www.premiumtimesng.com/news/headlines/350594-special-report-the-truth-about-mosque-demolition-by-rivers-government.html
From the Special Report, it appeared that the Muslim Community in Rainbow Town, Port Harcourt was determined to utilize a parcel of land for a Mosque and the State Government had repeatedly refused to grant the use of the land which apparently belongs to the State. This tussle has been going on for years. The Muslim Community then proceeded, without the approval of the State Government, to commence construction work which the State Government halted right at its foundation.
If the issue had stopped right there, it might have been taken as excessive demonstration of religious fervor of some individuals. However, the issue escalated to the point in which leaders of Islam in Nigeria started making inflammatory statements, describing the purported “demolition” of the Mosque as “dastard act”, while in actual fact, there was no demolition of any Mosque. https://www.vanguardngr.com/2019/09/port-harcourt-mosque-demolition-sultan-calls-for-caution-restraint/
As Christians, we are shocked by the attempt of leaders of Islam to play “victim” of religious persecution and intolerance when facts abound that it is northern Muslim leaders that are discriminatory and destructive towards other religions. If we may be permitted to quote Prof. Farooq Kperogi, who stated, “… it’s precisely the people who have destroyed churches, who refused to grant permission for churches to be built, or who have cheered the persecution of Christians that are taking umbrage at the unusual news of the demolition of a mosque in Port Harcourt.”
In a document prepared by NCEF in September 2017 titled LEST WE FORGET, the NCEF requested Muslim leaders to refute a research report by Arne Mulder that as of December 2014, over 13,000 Churches have been destroyed by Muslims in northern Nigeria. To date, there has been no response whatsoever from any Muslim leader to counter the research report. Therefore, the attempt of northern Muslim leaders to play “victim” of religious persecution is in bad taste.
We are surprised that it is the Sultan of Sokoto that was credited with the statement describing the alleged “demolition” as “dastard act”. Coming from the President of the Supreme Council of Islamic Affairs, it is weighty. In January 2018, the Advocates for Freedom and Democracy (AFD), which is Coalition of Christian Groups, had issued a paper expressing concern that some of the statements of the Sultan of Sokoto should be checked because it inflames religious tension in the country. The paper was titled “The Divisive, Unpatriotic, Strife-Inducive Rhetorics of the Sultan of Sokoto.” The incorrect outcry about demolition of Mosque in Port Harcourt is another example of such worrisome statements. http://csmnigeria.org/blog/335-the-divisive-unpatriotic-strife-inducive-rhetorics-of-the-sultan-of-sokoto
Taking a broader look at the current situation, NCEF is inclined to conclude that creating a storm in a teacup might be an attempt to divert attention and seek excuse to condemn Governor Wike. It is not impossible that the statement recently credited to Governor Wike that Rivers State is a Christian State is rankling northern Muslim leaders. Mr. Asari Dokubo confirmed in a video he released on the issue of the “demolished” Mosque that referring to Rivers State as Christian state was offensive to some Muslims.
If the statement that Rivers State is a Christian State rankles some Muslim leaders, we wonder how they expect the rest of the country to feel when 12 States in the North declared themselves as Sharia states and one went ahead to introduce “Hisbah”, Sharia Police in flagrant violation of the Constitution. We cannot continue to have “one nation, two systems”. What is good for the goose must be good for the gander. The secularity of the Nigerian State must be reinforced and religion must be consigned to its rightful position of “personal belief”. Every attempt to make religion an arm of the State in violation of Section 10 of the Constitution must be dismantled. The incursion of religion into the Constitution has produced nothing but destruction and disharmony for the country.
In view of this, NCEF again advocates return to the 1963 Republican Constitution, which is the rightful Constitution of Nigeria negotiated by the ethnic nationalities. The strife, suspicion, and negative competition produced by the sponsors of Sharia ideology in Nigeria have been an ill wind that blows no one any good. Nigeria is a secular State with Liberal Democracy as its National Ideology.
Therefore, if Governor Wike calls Rivers State a Christian State, no one should begrudge him. Fortunately, Christians are not destructive and would not resort to destroying structures and properties of other religions but the point should be made that no religion has greater right in Nigeria more than others.
We are encouraged that the discriminatory and intolerant attitude of Muslims from the North does not reflect the attitude of all the Muslims in Nigeria. We commend the maturity of Muslims in the South West of the country for recognizing the plurality of our society. We encourage Muslims in the North to learn from Yoruba Muslims that politics of religion turn brothers into adversaries and friends into foes. It is time to consign religion to its rightful place in our society: “personal belief”.
God bless Nigeria.
National Christian Elders Forum  (NCEF)
8th September, 2019
NCEF Papers
BLOG COMMENTS POWERED BY DISQUS