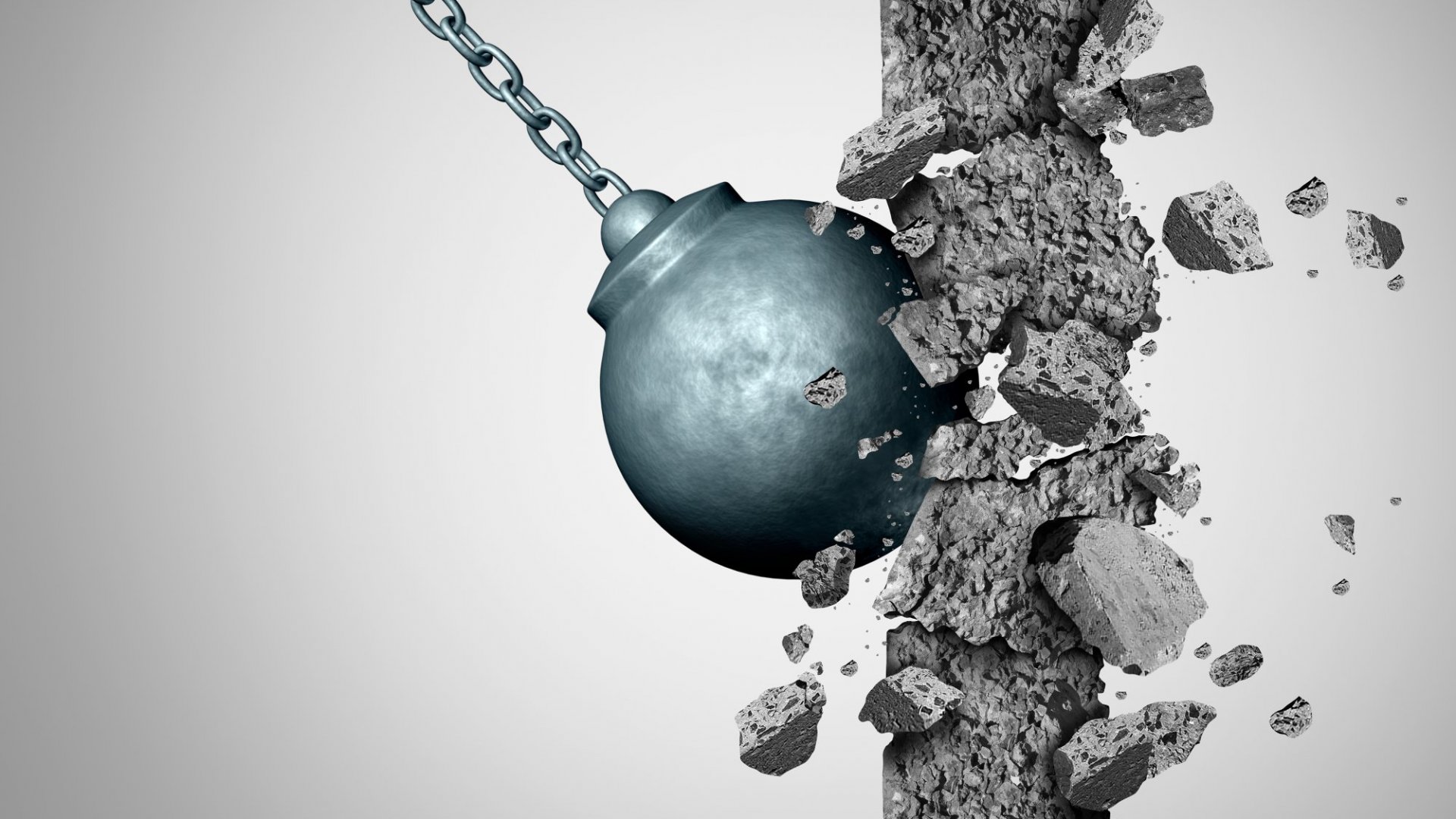 Please find below an unprovoked and unwarranted defamatory letter written by CAN Officials denouncing Christian Social Movement of Nigeria (CSMN) and its CEO.

It is greatly disappointing that at a period when Nigerian Christians should be working hard to build Christian unity, consensus, and foster reconciliation, to confront a common foe, Officials of CAN are busy fermenting discord and strife in the Church. The letter signed by Barrister Joseph Bade Daramola, the General Secretary of CAN is defamatory, misleading and it has no basis in the truth.

It is clear to us he could not have written this defamatory letter without the consent of his Principal, the President of CAN. The tenure of the current President of CAN is defined by recurring decimal of strife and discord. Rev. Ayokunle could neither work with the former Vice President of CAN, Prof. Joseph Otubu, nor with the late General Secretary of CAN, Rev. Musa Asake. He could not work with the Board of Trustees of CAN Trust Fund, he was at loggerheads with National Christian Elders Forum, and he is contending with CSMN, again.

Even in Baptist Convention in which Rev. Ayokunle is the President, he earned for himself the unenviable reputation of inviting Police to harass and arrest Baptist Pastors. He used Police to lock a Baptist Church and went to Court against New Glory Baptist Church. Rev. Ayokunle ordered that the Baptist Church “be put under lock and key indefinitely with immediate effect and neither the Church premises/properties, including the pastorium and school(s) be used for meetings or worship services.” When it became clear he could not win in Court, he withdrew the case and cost of N100,000 was awarded against him in favor of each of the Respondents. This occurred while he occupied the position of President of CAN.

On Monday 19th November 2018, Rev. Ayokunle locked the Cathedral of the National Christian Center in Abuja to prevent National Christian Elders Forum (NCEF) from gaining access into our common Christian facility for its regular meeting and invited the Police to arrest the Christian Elders. The Police Officers, led by CSP Usman Abinni, apologized profusely when they saw the caliber of people sitting OUTSIDE the locked Cathedral holding a meeting.

Does Nigerian Church require these unnecessary contentions? Why are Church leaders unwilling to call these CAN Officials to order? Nigerian Church has two arms: CAN and CSMN. Under Pastor Oritsejafor, the two worked seamlessly, no one knew the difference. The current CAN President made it clear, by his actions, that he does not want to see any other arm of the body of Christ except the one he heads. He went to the PRESS to denounce NCEF, CSMN, and Trustees of CAN Trust Fund. He refused to implement the Strategy Document of the Church which would have introduced more Christian institutions to strengthen Christianity. Presently, Christians are suffering the consequence. Why are Christian leaders permitting this defilement of the Church at a period that it is crucial for Christians to be united. Would “Clergy espirit de corps” be substituted for God’s righteousness in the Church?

It is libelous that anyone would accuse CSMN or its CEO of lack of integrity without stating any fact to back the claim. CSMN audits its accounts annually, and the Audit Reports have been accepted. Every month, CSMN publishes Statement of Account on donations it receives to help persecuted Christians. CSMN does not receive money from politicians, neither does it go to Aso Villa, nor any State Government House to collect money and betray Christians. CSMN was not part of those who went to congratulate President Buhari after the 2019 election. We neither prostitute our calling nor are we of the harlot Church. We are funded by Christians for Christian purposes and we render account every month.

The work we do is sacrificial. Since 2014 that we started this Christian advocacy, we have not collected salary from anyone because there is no money to pay salary. All we receive, to date, is token allowance which is irregular. In September 2020, NCEF passed a resolution that salaries should be fixed and paid in arrears from January 2015. Till today, seven months after the resolution was passed, the salary has not been fixed. Nevertheless, we run a transparent and accountable process because we are always conscious that we are children of light. Please visit: https://csmnigeria.org/statement-of-account for the monthly Statement of Account of Lay Faithful Trust Fund.

The crux of the matter is that after these CAN Officials willfully and deliberately killed CAN Trust Fund because they saw they could not manipulate it, we moved on and with the support of NCEF launched LAY FAITHFUL TRUST FUND to minister to persecuted Christians as well as engage in Christian advocacy against the jihadists. The angst of these CAN Officials is that we are raising funds to help Nigerian Christians and they will neither control the money, nor have access to it. All that matters to these CAN Officials is to destroy the Lay Faithful Trust Fund the same way they killed CAN Trust Fund. Why would anyone who wishes the Church well seek to destroy the good work that is aimed at helping Nigerian Christians?

How could any conscionable person describe CSMN as “illegal”? Did Barrister Daramola forget that he used to participate actively in CSMN meetings in September, October, and December 2014? Was he participating in “illegal” meetings? CSMN was duly registered at CAC with registration number RC 14,075. CSMN was officially launched by Cardinal John Onaiyekan as Vice President of CAN representing Prelate Sunday Mbang, the President of CAN in 2001. To date, the Chairman of the Board of Trustees of CSMN is Prelate Sunday Mbang while Cardinal Onaiyekan is still a member of the Board of Trustees. Other reputable Church leaders are on the Board of Trustees of CSMN. Yet Barrister Daramola could write that CSMN “is illegal, and not under CAN”. Does it occur to these CAN Officials that they are insulting former leaders of CAN and other reputable Christian leaders?

It is ironical that the current CAN Officials can accuse anyone of lacking integrity. Did Barrister Daramola forget that by his personal written and signed admission, he was one of the four CAN Officials, led by this President of CAN, who in 2017 defrauded CAN in the scandalous N43 million purchase of four used vehicles in Cotonou? Did he forget that a Governor in Middle Belt gave CAN N4 million and in broad daylight they promptly stole N3 million? Even the remaining N1 million was not paid into CAN account; they still shared it. Are they not the same officials who collected N25 million from Aso Villa and lied on front page of a newspaper that they did not collect money? On which moral ground are these CAN Officials standing to query the integrity of CSMN and its CEO?

This is not the first time one is falsely accused like this. After delivering the Wake-Up Call in May 2014, a Pastor called a Press Conference that two senior Ministers of the Gospel and the undersigned collected N7 billion from the Goodluck Jonathan Administration to campaign for PDP. I later met the man in Jos, and he apologized. He confessed to a member of our team he was told to add my name by a pro-Buhari Pastor based in Lagos to discredit the Wake-Up Call. Six years after, the entire country is in sorrow and anguish due to their treachery in 2015. May God deliver His Church from these merchants in the sanctuary.

Because of what these CAN Officials have written, we have compiled the evidence of their corruption, compromise, and treachery. It shall be made public so that Nigerian Christians can judge who has problem with integrity. However, we shall give CAN some days to apologize and redress this great error.

As a result of the above, CSMN demands written public apology from CAN and circulated to all CAN‘s structure already listed in their letter and in two of Nigeria’s major newspapers, one in the North and another in the South.

In closing, we encourage all Nigerian Christians, at home and abroad, please ignore the mischief of these CAN Officials. It is evident they do not have the interest of Christ at heart. Support the Lay Faithful Trust Fund and contribute minimum N500 a month to support persecuted Christians as well as fund Christian advocacy. The jihadists mean business.